skip to main | skip to sidebar

I'm not a vegetarian, it just seems like it. 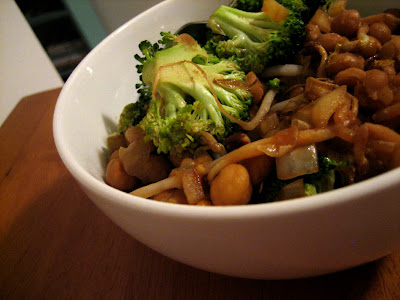 Garbanzo beans (aka chickpeas) are awesome. So healthy and versatile. This stir-fry adaptation that I made up turned out delicious! Cumin + soy sauce (or tamari, for the gluten-challened) = magic.

Sauté minced garlic, chopped onion, and ~5 dashes of cumin in a couple tablespoons of olive oil in a large wok or pan. Keep it on medium or slightly above medium. Add chopped broccoli, garbanzo beans, and bean sprouts (optional -- I had some left over from making spring rolls again -- but you can really add whatever else you want here). Add more cumin. Add some more cumin. Stir everything around and then add a mix of 1/3 C soy sauce and 1/4 C water and cover, letting it simmer until the broccoli is cooked. Add more cumin and perhaps some red pepper flakes. 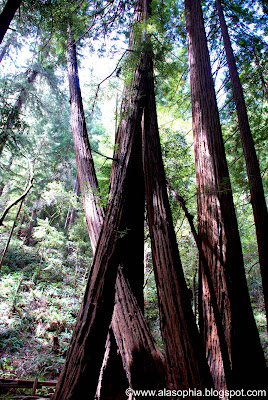 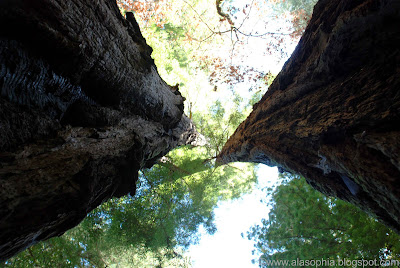 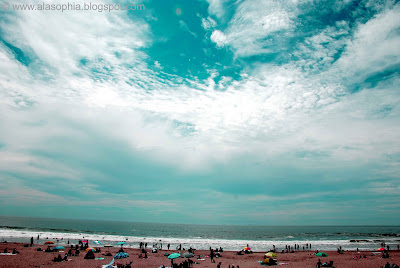 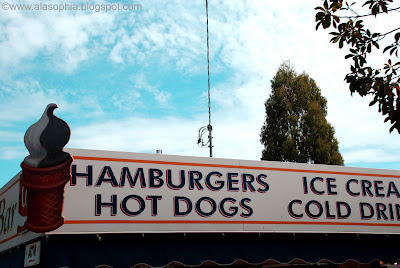 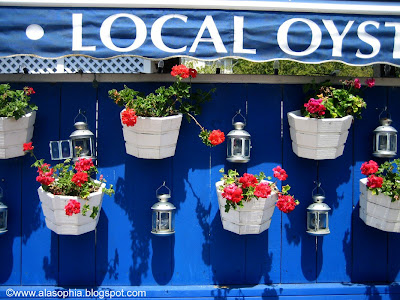 I just got back from a week-long visit home to NorCal! It went by entirely too fast. It got pretty hot one day, so we escaped to the natural air-conditioning of the redwoods and the ice-cold Pacific Ocean! It is hard to get an original shot of really tall trees, especially when confined to the designated walkways, but the light was so pretty that afternoon. And it was definitely a good 12 degrees cooler among the redwoods!
Posted by Sophia at 11:08 PM 9 comments:

I named them Falcor 1, Falcor 2, and Mercury. 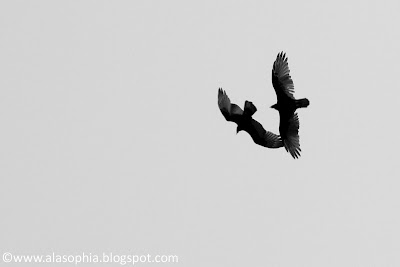 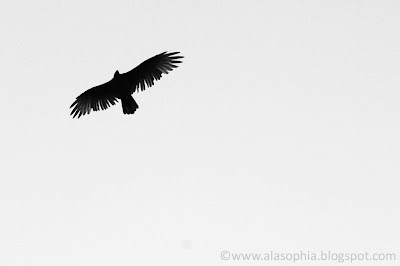 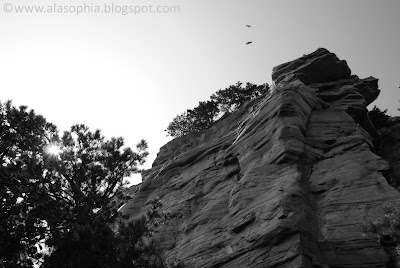 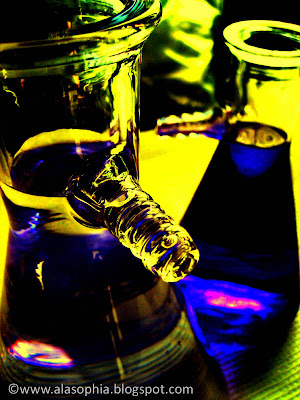 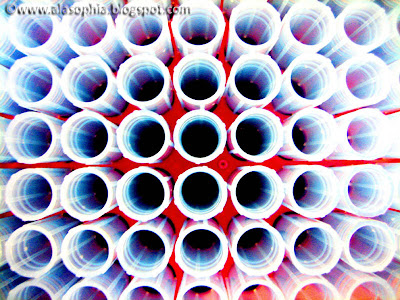 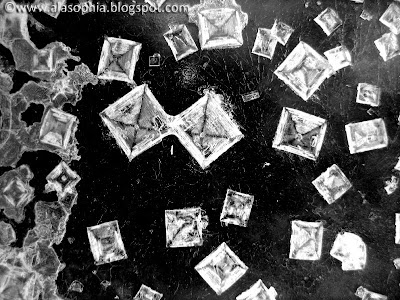 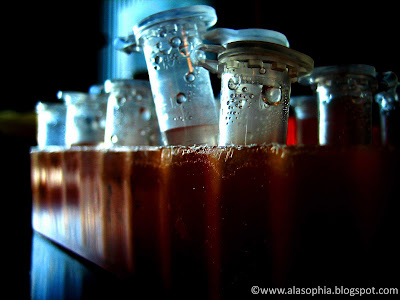 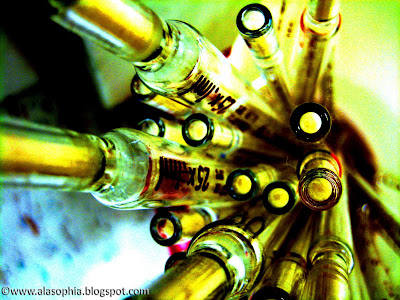 I took these 1-2 years (!) ago while waiting for an experiment in lab. A series of ~25 have been in local exhibits and a couple reside in the administrative offices of my school. Another lab photoshoot is long overdue!
PS. The one with the crystals is just a close-up of some dirty glasswear that had been sitting out for weeks!
PPS. To any scientists out there, yes those are glass pipettes. We're the only lab I know of who washes and re-uses the glass ones instead of throwing away plastic ones. Biomedical research can be EXTREMELY unfriendly to the earth (it's incredible how much plastic and styrofoam gets thrown away every day), so this at the very least is something. Hmm maybe we should sell reviewers on our "green research style" to get an edge on funding.
Posted by Sophia at 11:03 PM 8 comments:

Here are a few more of the >300 photos from this weekend's engagement shoot with my friends: 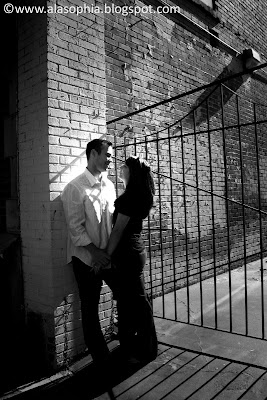 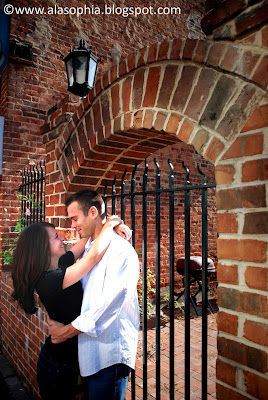 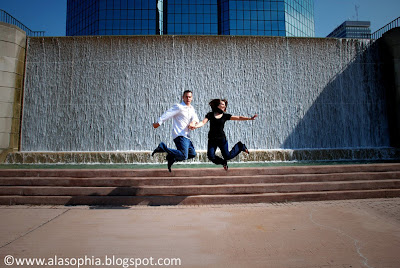 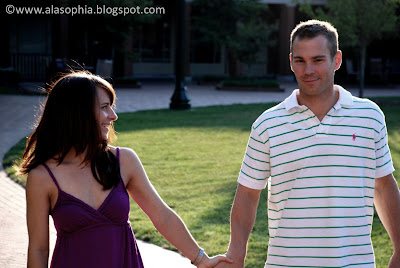 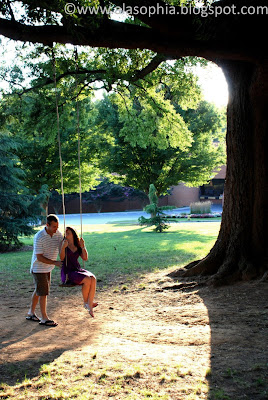 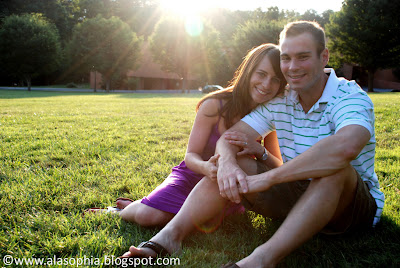 I'm so happy that they loved the photos -- it's a lot of pressure to make something for someone that they will look at for the rest of their lives! I'm doing my first wedding for some friends in October, so the pressure will be EXTRA on for that (but I'm excited)!
I must say, I am not actively seeking out photography jobs/selling. I'm mainly focused (har har) on my day job. I don't take my (big) camera out that often, but when I go home at the end of August I will probably take enough photos to post Photo Mondays until I go to Europe in October! Then no doubt I will take enough photos to post Photo Mondays for the next year!
Posted by Sophia at 7:48 PM 4 comments: 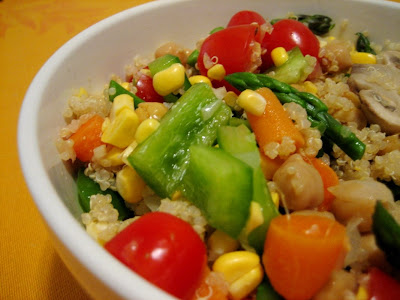 The past couple weeks I've been saving time and money by making some form of quinoa salad on Sunday night to last for lunches the rest of the week. I'm really liking this system -- it keeps well, it's never boring, and it is delish! I've definitely posted about quinoa a few times before here. If I turn even one person on to quinoa from this then my job is done.

Here is an umbrella recipe for 5 servings of Quinoa Salad:
Rinse 1 cup quinoa and cook it like rice. Mince 3 cloves of garlic and dice 1 medium yellow onion. Saute garlic and onions in olive oil until fragrant, then put in a large (I mean large) bowl with the quinoa. Add any combo of veggies, protein, and herbs, plus salt and pepper (I've been picking things based on what's on sale) and mix. For example:

Dispense into tupperware for lunches: 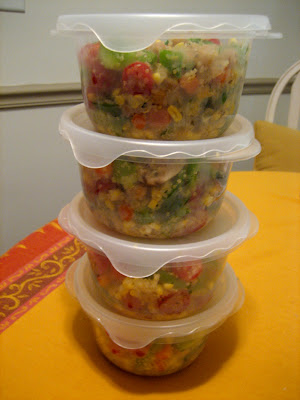 (I ate some for dinner, so there was 4 left for the week.) I usually supplement it with string cheese, yogurt, and fruit/veggies. I tend to get hungry like clockwork at 11am (eat yogurt), 12:30pm (eat quinoa salad and fruit or veggies), and 3:45pm (eat string cheese and fruit). Gotta be prepared!
Posted by Sophia at 9:53 PM 5 comments:

Even more flora (and a little fauna) 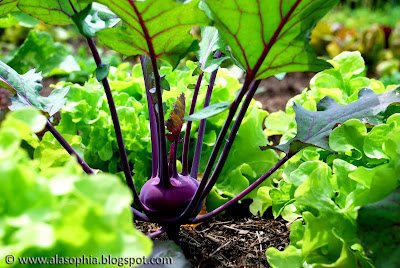 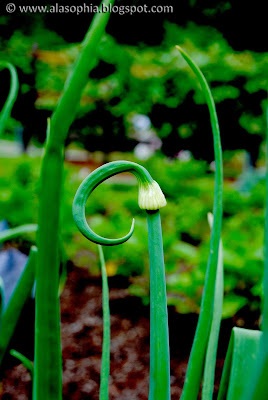 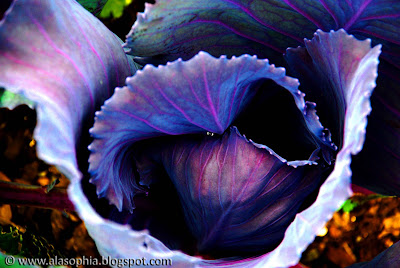 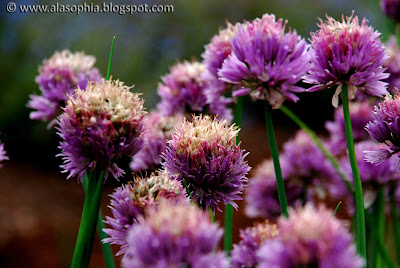 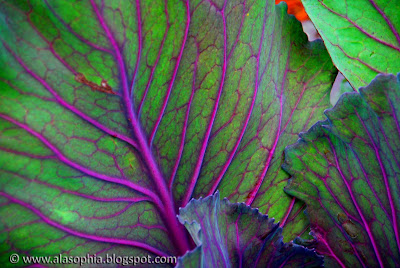 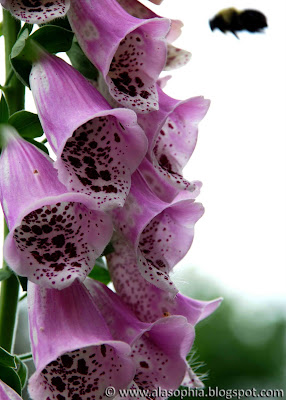 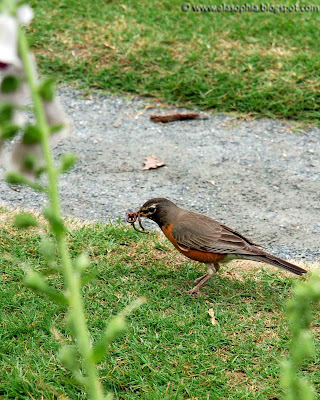 Mama bird hit the jackpot on the worms! And that is an out-of-focus bee in the upper right hand corner of the second-to-last picture -- I didn't notice it until it was on my computer! I love how alien some vegetation can look. In the third picture there is a solitary droplet of water in the middle of the cabbage, somehow not yet evaporated. Same garden as in the last post.
Posted by Sophia at 11:35 PM 7 comments: